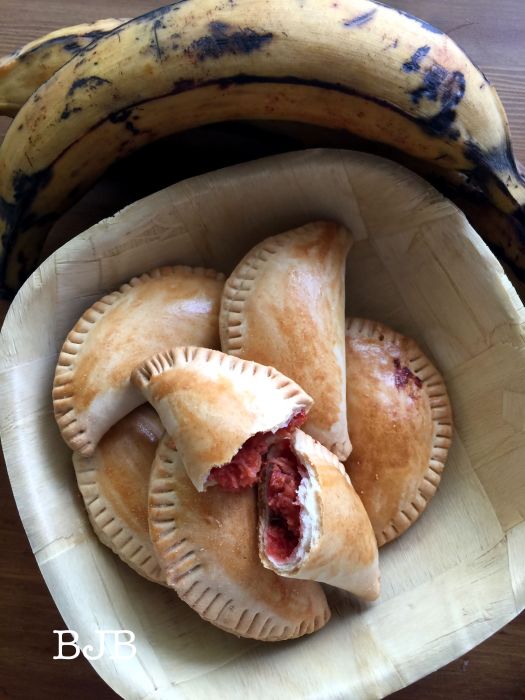 Also known as plantit tat or plantitá, today’s recipe has West Indian roots, as many of our traditions do.
Panamá is really a “melting pot of races”. People from around the world came and went through our frontiers, many stayed and made of Panamá their home, enriching this country with their own culture. That’s why today Panama has such a rich and varied culture. It’s so easy to find Panamanian traditions or recipes that actually have their origin in China, India, Spain, France, the US…and of course the Caribbean or Africa.

Here’s a little bit more about the West Indian Caribbean migration to Panama. It begun between 1850 and 1855, during the Panama Railroad construction, it continued during the French canal project of 1880-1889 when many more came to Panama; after the failure of the French enterprise most of them returned to the Islands, but some remained in Panama to farm, start businesses, raise families, or wait for the next big undertaking, which was the American Panama canal construction period, in the decade 1904-1914. And from then on we (well, our ancestors probably) have enjoyed recipes like this one from today’s post. I hope you like them. 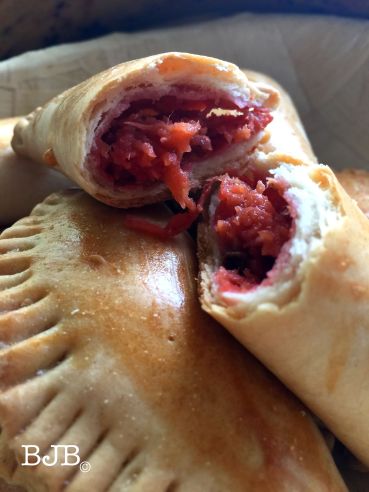 You may use store-bought shortcrust pastry (pâte brisée ), but if you want to do it yourself, it is very easy.
First combine half of the flour with the butter in a medium bowl and mix until the mixture looks like peas, then add the remaining flour, cinnamon, nutmeg and salt. Again, mix until mixture resembles breadcrumbs. Add enough cold water until the dough just comes together, form a ball, wrap and refrigerate 1 to 2 hours.

To make the filling, combine mashed plantain, sugar and butter in a saucepan and cook over low heat until throughly cooked. Remove from heat and add nutmeg, vanilla and raisin if using. Let it cool for a while. Meanwhile preheat the oven to 180ºC (350ºF).

To form the patties, roll the dough over a lightly floured board and cut circles (about 4 inches wide – 10 cm), spoon some filling into each one, fold the dough over the filling and seal pressing with a fork.
Place patties on a baking sheet and bake in the preheated oven for about 30 minutes, or until de pasty is slightly golden brown.

PS. I guess I should hashtag this post with #PanamaIsMoreThanPapers  🙂